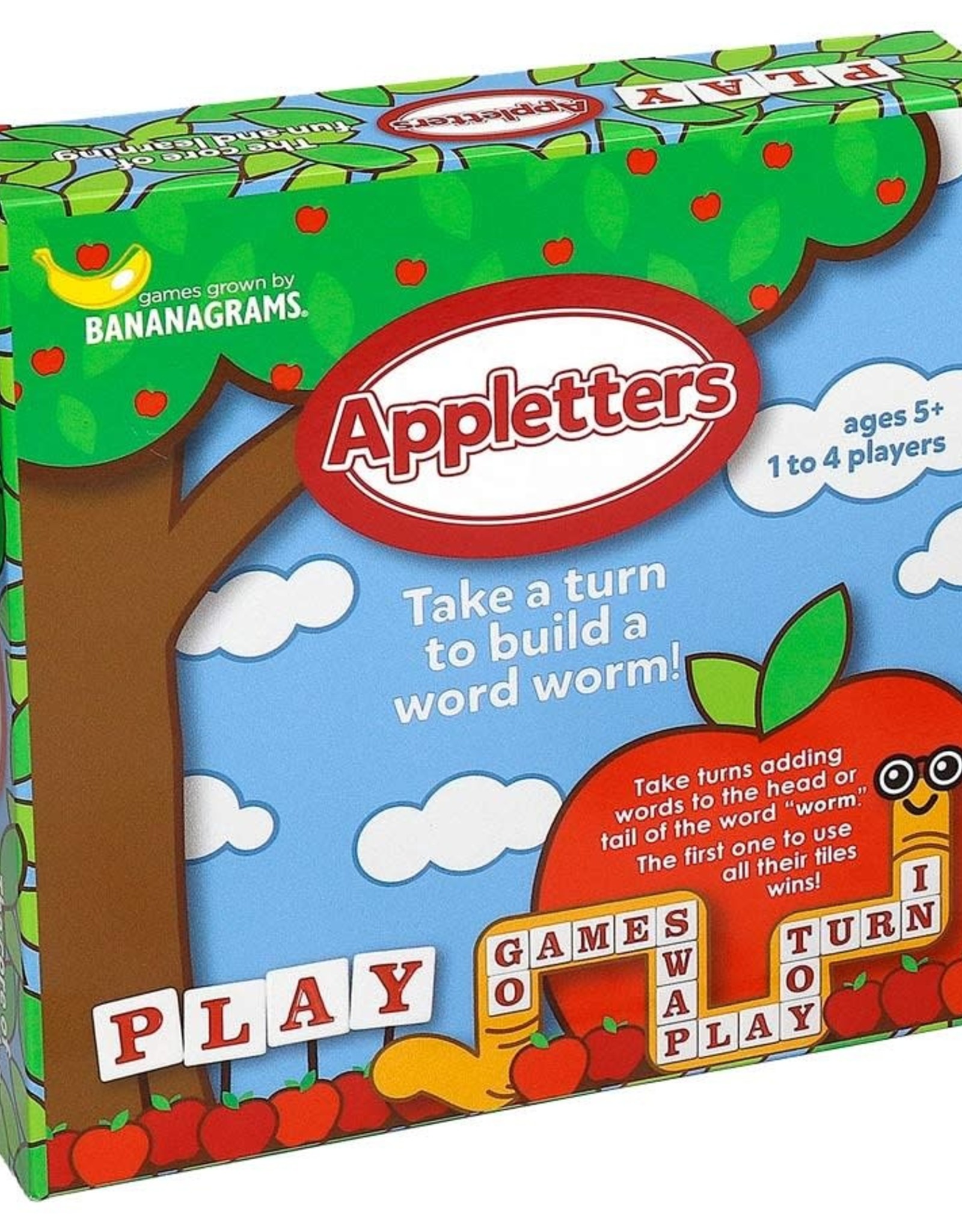 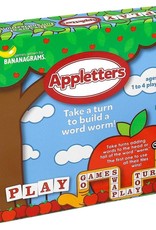 Appletters™ is the domino game where you don't connect the dots, you connect the letters! The apple shaped pouch with a soft, zip-closed top includes 110 tiles with red capital letters that may be used to play three different games:

Appleletters: Players alternately add tiles to the first or last letter of a word in the middle of the table creating a continuous snake of new words. For two to six players, ages 5 and up.

Apple Turnover: Similar to Appleletters, however each player begins with 21 tiles instead of nine, and may actually replace an opponent's word with a longer word. The goal is to be the first player to get rid of tiles. For two to four players, ages 7 and up.

Applescore: Players build words as long as possible in crossword-like fashion and get bonus points for length, palindromes and going out first. For two to four players, ages 7 and up. 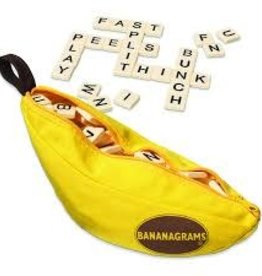